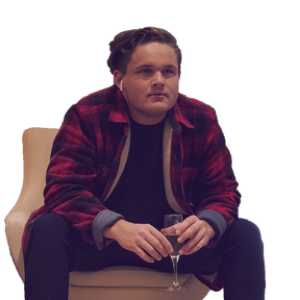 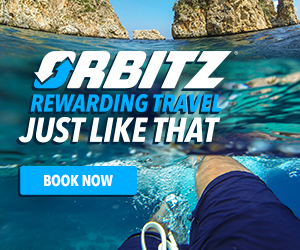 Earlier this week, three of the largest airlines in the United States, American Airlines, Delta Air Lines, and United Airlines, outlined policies regarding social distancing. While all three airlines had previously blocked middle seats or restricted capacity on flights, this is no longer the case. American Airlines and United Airlines announced earlier this week that neither airline would block middle seats or restrict capacity onboard their flights for the foreseeable future. However, Delta Air Lines touted its decision to block middle seats and limit the number of passengers on the airline’s flights through the end of September.

Blogs and media outlets quickly shared each airline’s response to the on-going COVID-19 pandemic. Users across social media platforms also noted each airline’s responses. On social media, users appeared to have reached a consensus that Delta Air Lines was making the right decision in continuing social distancing efforts onboard the airline’s flights. However, other users noted that Delta’s efforts were nothing more than a marketing campaign.

In addition to Delta Air Lines, many other US-based carriers reaffirmed their commitment to social distancing. Alaska Airlines, Southwest Airlines, and JetBlue recently reaffirmed their commitment to social distancing through the end of the summer. Additionally, all US-carriers, with the exception of Allegiant, had previously announced that passengers would be required to wear face masks or coverings while onboard.

“Blocking Middle Seats is a PR Strategy, Not a Safety Strategy”

United’s chief communications officer told reporters Wednesday, “that blocking middle seats, [is] a PR strategy, that’s not a safety strategy.” He explained that even if the middle seat is blocked, passengers seated at the window and aisle are still within 6 feet of each other. However, while American Airlines and United Airlines stated that blocking middle seats and restricting the number of passengers onboard was merely a PR strategy, the Center for Disease Control (CDC) criticized American Airlines’ decision not to limit passenger capacity.

With Delta Air Lines blocking middle seats, seats which account for 33% or more of main cabin seating, industry reporters and bloggers noted that passengers might be required to pay a premium to travel with airlines blocking middle seats. This sentiment is very logical. A basic analysis of supply and demand shows that with fewer seats available on an aircraft with consistent demand, the price of a seat increases. Additionally, when fuel and crew costs are factored into the equation, it becomes even more apparent airlines that restrict capacity onboard their flights would likely charge a premium to ensure social distancing.

The College Points initially began to research how much more passengers would have to pay for social distancing measures onboard their flights this summer. However, after analyzing the fares offered by American, Delta, and United on popular routes, a surprising trend emerged. Delta was pricing flights only marginally higher than its non-socially distant competitors.

To determine whether passengers would have to pay more when flying with an airline blocking middle seats, The College Points analyzed fares offered by American Airlines, Delta Air Lines, and United Airlines during a week in August. In total, 11 routes were analyzed beginning the week of August 2nd, 2020. The top 5 busiest domestic passenger routes and six randomly selected leisure routes, were analyzed. The results can be found below.

Will You Need to Pay More for Socially Distanced Flights?

The above route pairs are the five busiest routes in the United States by the number of passengers flown in 2018.

The above route pairs were randomly selected. These routes originate in mid-sized markets and terminate in popular summer vacation destinations.

Results in our analysis showed that, while more expensive, flights sold by Delta Air Lines were only marginally more expensive than those offered by American Airlines and United Airlines. This was most evident in routes between major markets like New York City to/from Chicago and Miami to/from New York City. Additionally, flights operated by Delta on the six leisure routes analyzed were less expensive than flights operated by United Airlines. Ultimately, American Airlines was significantly less expensive than both Delta and United.

It should be noted that analyzing 11 routes only provides a glimpse into how airlines are pricing flights. The United States is the second-largest commercial air travel market with the routes included in our analysis representing roughly 2.5% of all domestic air traffic in 2018. However, the routes analyzed are equally served by American, Delta, and United. These routes are also highly competitive. Ultimately, The College Points’ analysis indicates that passengers may not be required to pay significantly more to ensure social distancing in-flight. Of course, airline pricing is highly dependent on the route, day of the week, and time of the year a passenger travels.